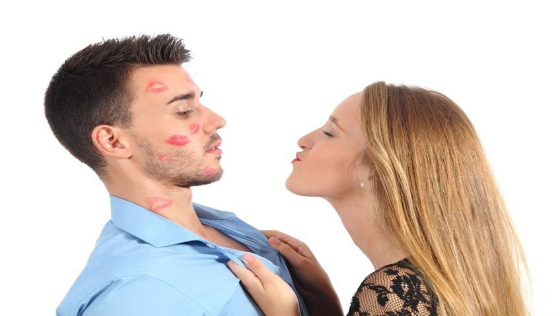 When girl’s see and meet loser after loser it can get discouraging, to say the least. That’s why when one comes along who happens to be the entire package it can send a girl’s emotional investment into overdrive. All of a sudden no other guy can compare and you’re idealizing this one man above all else. When two people feel this mutually about each other that’s great, but having it one sided is a sure fire way to get hurt or at best scare him off. Golden rule is always to be AS invested or LESS invested than the guy is into you. With that said here’s 6 sure fire signs you’re over investing.

You sent a text and now you’re intensely staring at your phone. Swearing you have some sort of psychic ability or just by sheer force of will you’ll make him text you back. Just take a moment and think for a second on who the most attractive, sexy, and perfect celebrity there is…go on, take your time…now can you honestly see her doing this over any guy? If the answer is no (it should be!) then maybe you should take a page out of her book and put the phone down. Go focus on you and try and forget the text messages.

2: Trying To Get The Next “Result”

I swear for a lot of women they aren’t even looking at the guy, not really. They just want their roster filled up. When’s the next time I get asked out, When’s my next phone call from a guy, when’s my next date, when’s the next first kiss. This just goes on and on and is the result of…well, wanting results. Don’t be hoping for “the next thing” so bad that you fail to enjoy the process.

Words have a PROFOUND impact on our brains. The entire study and practice of N.L.P. (Neuro-Linguistic Programming) is predicated on that fact. By giving something a label or name we can’t help but be sucked into it’s power on a sub-conscious level. While interviewing people and filming some content I was able to meet a girl this weekend who was beautiful, had a fun bubbly personality, and seemed very social and outgoing (remember confident women = sexy women). That’s when I noticed she was idealizing one individual guy who she kept shouting “is my husband, he’s my husband and doesn’t know it.” What’s meant to be a silly and even cute joke and choice of words can actually be causing her feelings to deepen more and more. Long story short, if you label something even as a joke you better be ready for your subconscious to have the last laugh.

This may be the worst one of all. Labeling is bad sure, but fantasizing takes things to a whole different level. By mentally investing and picturing you with the guy you like, even though he’s done nothing to show he feels the same about you, you’re creating a FAKE RELATIONSHIP in your head. When reality doesn’t match fantasy later you’ll end up being let down…hard. If nothing else keep track of this one the most. No more day dreaming or just “wondering if”, it’s time to stay grounded and keep your head on your shoulders. If this is you then make sure to be aware when this happens next and focus on your senses. What do you see, what do you hear, anything really. If you’re driving just solely focus on driving or if there’s music playing then fully jam out to that. It’s time to get the hell out of your head.

5: Asking Everyone For Re-Assurance

Often times we want to be right so badly that we try and bring others into our reality as well. This reassurance is our way of cementing our feeling and being right…even when we’re wrong. The way people do it is through what’s called “Enrolling”. It basically works by asking an innocent question that gets the person to offer re-assurance and confirm the reality we want is correct. For example, the girl I mentioned before who called the guy she likes “husband” also asked me and my friend Jenina a very innocent question. “Why hasn’t he made a move yet and approached me?” My friend heard this and went into girl support mode, “Oh he will because you are so beautiful and amazing and he’d be lucky to have you.” When it was my turn I shrugged and just put simply, “Maybe he’s just not that into you.” Sure it maybe that makes me a bit of an asshole, but it’s important to understand objective reality and not Enroll everyone into our line of thinking. You’ll never be able to make any changes that way.

When we over invest in others everything is black and white, there is no room for gray. It basically goes like this. You’re sitting there upset this guy hasn’t made a move or noticed how amazing you are. All of sudden you realize you’ve had enough, either he messages you in the next 3 hours and becomes the love of your life or you’re done with him forever and he’s a horrible person. Very rarely should there be clear deal breakers when it comes to dating (though they do exist.) Instead, things the guy does should gradually turn you off or turn you on. When you set arbitrary rules and hold a guy to them you’re letting your emotions go into over drive, essentially making things more dramatic then they should be. Remember your celebrity idol? I ask again, how would she handle it? Let guys win you over…with time. Also let yourself drift away if he fails to put in the effort…over time. No need to rush any part of this. That may be the only true absolute.

Hope this helped ladies and happy to answer any questions you may have.